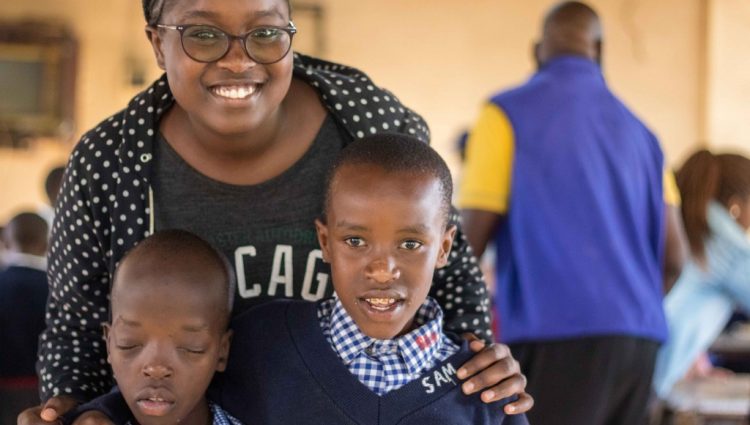 I had the privilege of spending time with kids aged between 4 and 10 years old. These kids were quite patient with me and they taught me how to be patient with them as well. Taking care of them and assisting them to do simple tasks wasn’t that difficult but the way it requires your full attention was the beauty of the patience, since I am quite an impatient person. The other thing that I was privileged to learn is to appreciate life in a colourful way. The first thing the kids asked me when I got to the nursery school was what colour were my clothes. I saw how they were amazed to learn that my nail polish was of colour green while others were wondering about the colour of my hair.

The way these kids got each other’s back is the very definition of being there for your friends, your brothers and sisters. The ones who had partial blindness were there to assist the ones who were completely blind. One kid in particular took it upon himself to take them to the washroom, to the play ground, and even cleaning them. I thought to myself; how amazing would it be for us who have the privilege of seeing life in colour if we were there for each other. How far would we go and how much would we achieve.

My Experience at Thika School School for the Blind