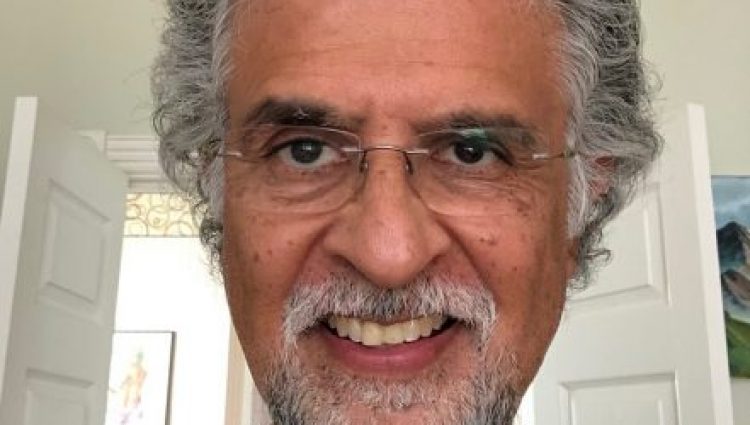 In the peak of his career, Dr. Deepak Bedi joined the internationally renowned MD Anderson Cancer Center in Houston, Texas, rising to Professor and Director of Ultrasound. In the last 25 years, he has worked with famous scientists as they work through ovarian cancer research and other novel uses of ultrasound, travelled extensively lecturing on the benefits of cost effective ways of diagnosing cancer, and served as consultant to major medical equipment manufacturers like Philips and General Electric (GE).

He currently spends a few hours each week at NASA, where he works on the imaging of astronauts on board the International Space Station. He is also a part time Clinical Professor at MD Anderson Cancer Center.

He is a Strathmore College alumnus keen on giving: In his words, he would like to support the Macheo Achievement Program, a program that harbors possible geniuses, leaders, men and women we will need in the future.

Below he narrates his Strathmore experience.

What was your first impression of Strathmore College when you first stepped foot in it in 1969?

I graduated from Eastleigh Secondary School in 1968. I was the only applicant from my school for Strathmore College for the A – levels. Although I was one of the top ranked in my high school, and was used to being constantly commended, I was unprepared for the high standards on the Strathmore campus. All the other students, from Alliance or Mangu High School, amongst other schools, were not only academic high achievers, but articulate, gifted, friendly and versatile in their abilities. After the initial shock, I felt accepted and comfortable. Although formal class hours were less then what I had expected, we were handed great responsibility and I saw hard work in the library every evening. At the end of the first semester, it was our common experience to find our grades lower than we had ever had in our young lives.

Could you paint a picture for us on what it was like for a young person/student growing up in Kenya in the 60s/70s?

Kenya in the 1970s was certainly an intoxicating place for a single young professional and I saw some succumb to an undignified existence. Nairobi was a heady mix of music and discourse, and a cultural rebellion that was no less than the winds of change in Vietnam or America. We were hungry to talk to visitors like the Peace Corps from the USA, or students from Europe, not only share ideas but show them that our unique culture was no less than theirs. I think many visitors were envious of our openness, our lack of guile and our plain life styles. I worked part time as a quiz show participant and discussion show host on Voice of Kenya Radio; some of the DJs of the day became my friends. Our musical tastes were global before the word global became fashionable. Back to a Strathmore College: What was your relationship with the teachers?

Often we did cryptic crosswords together with the teachers while waiting for the dining room to open for a meal. The sitting arrangement for meals was open and you would sometimes find yourself sitting next to a teacher, musing about the laws of optics as the sunlight reflected on the surface of a cup full of tea. The teachers, Msrs. Sperling, Mcdermott, Borruso, Grace, Hearn, Mcfie, Drakard, Roche and others, projected confidence and organization, and stimulated critical thinking.

Success and achievement are ultimately driven by ability, perseverance and faith. These are not self-taught; they are learned from teachers, which is why mwalimu was one of the highest orders of respect in the Kenya I remember. These teachers were the closest to Renaissance men I had ever seen, with added Science and Mathematics!

What was your experience in being schooled in racial and cultural diversity?

I came from primarily Asian Indian schools on Juja Road and in Eastleigh, and I had had very few African classmates before Strathmore; this was the first opportunity I had in my life of making African friends. I count this as one of the most joyful things I got from Strathmore. Apart from learning a few words of Kikuyu, Kamba, Kalenjin (which was a great source of entertainment to my African friends!), I gained life long friends who I occasionally get to see on my visits to Kenya. I am always proud to recount the achievements of many of them, Fred Ojiambo in Law, the late Athanas Maingi, Gregory Mullunga and John Atinga in Medicine, Ngureh Mwaniki in Political Science and Civics, to name a few.

I am sometimes reminded by my close friends Javade Chaudri and Arnold Rodrigues that I won the campaign to lead the Debate Society by promising to invite girls’ school for debate! I was also a minor editor on the Scroll magazine. When the Arts stream was to be discontinued after 1970, I caused a campus wide uproar by making a slightly disrespectful remark in the Scroll about the Arts students, who were actually some of my best and most admired friends; some jokes are best kept to oneself.

How did you make a choice to join your profession?

I was unsure of my career choice until very late; I at first resisted my family’s wish that I go into medicine. I also rebelled against becoming a lawyer although I came from a well-known family in the legal profession. I toyed with the idea of going into dental school but my Physics teacher at the time, the late Edwin Rodrigues, helped me see that being a dentist would not fully fulfill me. I eventually joined the University of Nairobi, where I got one of the best medical school training available then. During this time, my family decided to emigrate to Canada while I stayed on in Nairobi, firmly planning on being a surgeon in Kenya. In my last year of medical school and surgical internship at Kenyatta National Hospital, I happened to run into a girl I had known many years earlier growing up in Eastleigh; she was then residing in the UK and had already planned to emigrate to Canada. We fell in love, wrote each other so often that it seemed easier to move than keep writing, when I knew she would not move back to Kenya.

What impact has Strathmore had on you, in your personal life and career?

I was of a Hindu-Sikh background, and never felt alien in the Catholic tradition of Strathmore College. With a marriage now in its 43rd year, and two adult children, my navigation of life was certainly charted by my parents, but Strathmore values were a beacon I could always use to correct my course.

What sparks your interest in Macheo? Why do you give?

My father came to Kenya at the age of 10 with an older brother from India, and was alone from 16 onward when the brother returned to their home country. He had to start working at an early age but eventually became the first landlord in Eastleigh to have African tenants; these he would let out at subsidized rates to those who worked with him in the Post Office. He taught me at a very early age, the importance of doing more than just repaying debt.

Growing up in Kenya, my wife and I both have a special attachment for the children of Kenya. So, in 1998 we started giving through the Strathmore School scholarships. When we learned of Macheo, I knew at once that we had to play a role in nourishing it. We are hoping to bring this program to the attention of Strathmore alumni in the USA and have a meet-up after the pandemic restrictions are relaxed so as to raise significant funds for Macheo.

Service to the Mawe Ya Kati Society