Have you been to a mentoring camp?

Home News COP Have you been to a mentoring camp? 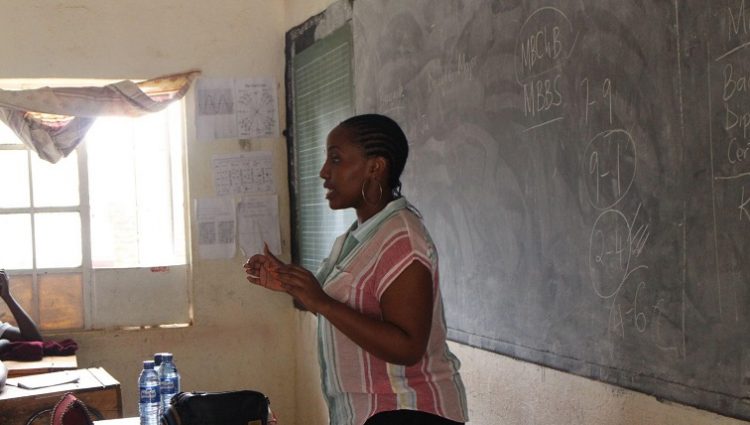 It’s a Wednesday afternoon, after two days spent at the edge of life due to bad food choices, when I see a WhatsApp story from a good friend of mine advertising a work camp. I have been a member of the Community Outreach Programme (COP) since 2018 but, for some reason, I never got the chance to attend a work camp. There I was with several unused leave days because you know, at least I thought I knew, I was trying my best to do the most at work but my body just wasn’t giving. I was worried that I wouldn’t get the time off work given I was at that very moment, off on sick leave. Because where there is a will there’s a way, I said, “let’s do this!” I applied for leave and was granted a week off. I was so prepared for a hardship camp. I mean the kind where we’d be cooking in an open fire and sleeping in empty classrooms at the various host schools. I packed up my bags and locked up my tiny house ready to embark on an adventure.

Sunday 7th November, 2021 at about noon, the journey began. Walking into the Strathmore University bus with only two familiar faces out of eighteen, I knew first impressions meant a lot. Thank goodness the ladies were very welcoming. They reciprocated my warm smile underneath their face masks, made room for me to place my luggage, offered me a seat and even served me lunch. Lunch! “Didn’t I sign up for a hardship camp? Maybe this is the equivalent of fattening the sheep just before the slaughter, which in this case is the next five days of hardship,” I thought to myself.

The journey to Kitui was full of discovery. From finding out a new route to Kitui through Thika to small talk with the girls. Engaging with my fellow “campers” gave me an idea of who I would be working with during the week. Some were students at the University, others were Strathmore alumnae, some employed, others self-employed and others still trying to forge their path to impactful work in this world. The journey was smooth and one could tell as we got closer to Kitui as the temperature kept rising and the vast fields of land became less green and even more sparsely populated.

We arrived in Kitui and I could not believe my eyes. Their roads were in better condition than many Nairobi roads. The town was so clean and the air so fresh. Our first stop was at the Museve Shrine. Like a city on a hill, it could not be hidden. The shrine rests on one of the highest points in Kitui with very beautiful views from all round it. We had a moment to give thanks for the safe journey, commit the week’s plans to God and a photo session as the sun set. We then made our way to the Kitui Pastoral Centre which would be our home for the week. Far from hardship were our rooms and meals at the Centre. We had an evening session where we introduced ourselves and were briefed on day one’s activities.

The week ahead was a deep dive into the unknown for those of us for whom this was our first mentorship camp. We visited a total of seven high schools and on two occasions, we had more than one school to visit so we split ourselves into two groups to reach more students in the most efficient way. Across the different schools we visited – day and boarding, all girls and mixed schools – one thing was common, they were all just kids with big dreams and even bigger hearts. The approach we took to mentorship was to talk to them as big sisters. To come down to their level as one who not so long ago sat at such a desk and now has the advantage of hindsight which as they say is always 20/20.

The mentees opened up to us about the challenges they were going through both at school and back at home. Some seeking advice on possible ways forward, others seeking a connection in shared ‘suffering’ while others curious about whether their situations were unique to them alone. One thing I know for sure is that as we poured our hearts into the mentees giving them study tips, stress management ideas, life skills and our own life experiences, we were hoping there was a lesson or two they could draw from a day’s worth of uninterrupted chit chat. Through it all, we were speaking to ourselves too. I recall telling some students to dare to wake up fifteen minutes earlier each day and to commit to the same task every day and in a term, they would have formed a habit that wouldn’t take much of their mental strength to do daily. At that very moment, I looked inwards and thought, ‘that’s how easy it would be to adopt a daily fitness routine or readopt journaling’. I’m proud to say a few weeks after the camp, I’m making the time each day to journal and walk extra steps during the lunch time period. While we were not mentoring, we spent our evenings playing board games that brought out our competitiveness and creativity. We shared in conversation about current issues affecting people of our age and many nuggets of wisdom coupled with personal experiences were shared. We went shopping for free-range chicken, watermelons and the famous Maguna’s water bottles a.k.a dispenser ya kalongolongo a.k.a vibuyu. We celebrated each other in a special game which was a derivative of secret Santa where we all picked a piece of paper from a tray with a person’s name on it and the task was to do something sweet for them throughout the week. During our last supper, we each revealed our secret friend and the special thing we did for them. Some were obvious, some not. Some teared up at the realization of the giver of the kind gestures they received in anonymity.

By the end of the camp, we laughed, we danced, celebrated each other, gave love and received it too. Thank you, COP, for making this possible. To Team Vibuyu, I hope to see you again for another camp.

Alumni Stories: Lydia Ekai – Feel the fear but do it anyway