Home News COP My Radical Transformation: It’s as if I went to Kitui to mentor myself 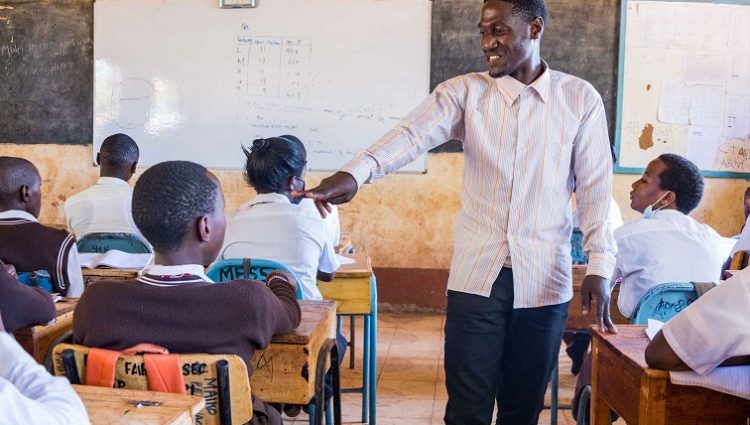 There was this unacknowledged consensus among us that we had become better persons over that week. Personally, I felt radically transformed. Firstly, I was more eloquent than I had ever been. My thoughts were no longer jumbled up, and my speech was not in staccato. My thinking was now fast and fluid, and my words were smooth and flowed like water. Secondly, I was more confident in myself and in my abilities. When the camp began, I was indecisive and full of self-deprecation. At the end, I was more at ease with my flaws and more assertive and bolder in my actions and decisions. Thirdly, I was more social than before. I remember when we were headed to Kitui on that Sunday, I had sat on the bus at a corner all by myself. At the end of the camp, I could not be detached from my newly-found friends. Fourthly, the camp was a period of self-reflection. I had given the students sound advice, but was I practising it myself?

How did I get here?
I joined the Community Outreach Programme (COP) shortly after starting my first year at Strathmore University in July 2021. For three months, I was just a nominal member of the programme, until I saw the advertisement poster for the Kitui Men’s Mentoring Camp, and my intuition gave me a nudge. As fate would have it, I was also on a study break that week, so I would not miss any classes. This being my opening engagement in the Programme, I did not know what to expect. Little did I know that this would be the single most transformative episode of my life.

Upon arrival in Kitui, we made a quick stop at the Kitui School for the Deaf. The children were warm and inviting. We shared laughs and interacted cordially despite the language barrier. Most of us were not proficient in sign language, but we could speak the language of love and solidarity. What a start, right?

We later settled in at our residence, had formal introductions with the team and a debrief on what we were to look forward to. Having been advised earlier on what to expect, how best to interact with the students, and the value of icebreakers, I believed I was ready. However, as prepared as I was, as they loosely state in Nairobi, vitu kwa ground ni different (Things vary from planning to implementation).

My first session was with Form 2s. After a few icebreakers aimed at building rapport, I dug into what I had prepared to share. Our sessions were to last a whole day, but by noon, I had covered most of my content. I had done all the talking. There was so much downtime left before the lunch break, and I did not know what to do. Luckily, I had not anticipated that the students would have so many questions for me, that I would not even have enough time to answer all of them. I abandoned my top-down approach, and we had an engaging discussion with the students, who were eager to contribute. Due to this subsidiarity, I also became their student, and learnt some new things from them; they helped me see things from new perspectives.

This is the approach I adopted for the subsequent three days. This way, I was able to mentor them on the issues most relevant to them. Also, given that these were student-centric, mentor-guided sessions, we were able to overcome psychological barriers and the students spoke freely. As a result, we covered an array of topics that were crucial to their well-being and perspectives about life.

The extra juice
At the end of each of those four days, we met after dinner for a fireside chat where we bonded, encouraged and edified each other as we talked about issues we face as men. During the chats, there was this air of vibrancy and joy. It was fulfilling. We all felt a sense of purpose because we had helped and contributed positively to the lives of the students and to each other.

After the return trip on November 19th, I went back home and sat in silence. I reflected on my experience. It was as if I had gone to Kitui to mentor myself. My words kept reverberating and echoing back to me, prodding me to change in some positive ways. I am glad that I took the step to sign up for the Men’s Mentorship Camp to Kitui for it changed my life, perhaps more than it changed the students’ lives!

Have you been to a mentoring camp?